Let's Help You Explode Your Booty Growth By 10-35%

Not everyone has regular access to a gym which means knowing how to do hip thrusts at home without a bench, equipment or machine can give you a big advantage.

Hip thrust is one of the undisputed kings of glute building exercises.

When done right and consistently, your glutes have one choice, to grow bigger and rounder.

In this guide, you’ll learn how to properly do a hip thrust at home without any bench or equipment. Plus, 3 more hip thrust variations you can do to hit the glutes harder for bigger gains.

You can do hip thrusts on common household items such as:

But to keep things simple use a chair or couch. This way you can put the chair back against a wall for support while you perform the movement. If you’re using a couch it’s even easier as most are heavy and sturdy.

Steps To Do Thrusts Correctly Without A Bench 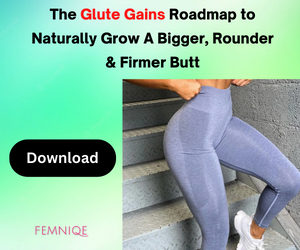 If you want to make the exercise more challenging, you can hold a weight in your hands or place a weight plate on your lap.

You can also do the exercise one leg at a time by lifting one foot off the ground and keeping it hovering above the ground throughout the movement.

These hip thrusts variations will take your glutes growth to the next level. Start doing them with just your bodyweight to learn the moves properly then add weights for more resistance.

Not only will this hip thrust variation stimulate growth but also makes your upper glutes more perkier. This move is key to getting that “butt lift” look naturally.

This is a very creative hip thrust variation as it really uses your body weight to its maximum potential.

Plus, you won’t need a chair to perform the exercise. Not only will you work the gluteal muscles but it can help to tone your upper body from arms, back and shoulder.

Kind of similar to the Reverse Hip Thrust above except this time your body will be extended while being supported by your hands and heels.

This hip thrust alternative is very powerful and really forces your glutes to “feel the burn” during the movement.

If you’re someone who struggles with “Sleepy Glutes” which simply means your glutes aren’t fired-up during glute exercises, this is a perfect move to start doing.

Even though the goal of this guide is to show you how to do hip thrusts at home without a bench, it’s teaching you the exercises that help you develop a mind-to-muscle connection which is super important for glute development.

They are superior to squats in a few key ways.

When you squat, your quads and hamstrings get activated to a greater extent than when you do hip thrusts. 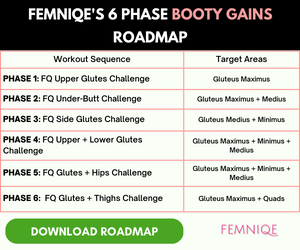 This isn’t necessarily a bad thing, but if your goal is to grow your glutes, you want to make sure they are getting the most work possible.

#2: Hip Thrusts Place Your Glutes In A Better Position To Produce Force

#3: You Can Use More Weight In A Hip Thrust Than You Can In A Squat

This is due to the fact that you are able to generate more force in a hip thrust and also because the range of motion is shorter.

Hip thrusts are a more natural movement. Our bodies are designed to move in a hip-hinge pattern, which is what a hip thrust is.

Squats, on the other hand, are a more quad-dominant movement. So, if your goal is to build bigger, stronger glutes, hip thrusts are the way to go.

How Many Times A Week Should I Do Hip Thrusts?

If you’re new to hip thrusts, start with 2-3 sets of 10-12 reps, 2-3 times per week. As your glutes get stronger, you can increase the number of sets and reps, and/or the frequency of your hip thrusts.

And if your goal is to build glute size, try to add extra resistance to the movement when using a dumbbell or resistance band as it really challenges your glutes to get stronger which leads to increase in size.

You can reap the benefits of the powerful glute building exercise as you’ve just learned how to do hip thrusts at home without a bench, equipment or machine.

You can use hip thrust to grow bigger and rounder glutes right in the comfort of your home.

Don’t forget to add the 3 hip thrust variations mentioned above to challenge your glutes even more. This way butt workout will be more interesting instead of just doing only the traditional hip thrust exercise.

Do Glutes Recover Fast After Workout? Yes, If Done Right

Do Glutes Recover Fast After Workout? Yes, If Done Right

How Many Inches Can Glutes Grow? (Realistically)

How Many Inches Can Glutes Grow? (Realistically)

How To Grow Your Lower Glutes (Killer UnderButt Gains)

How To Grow Your Lower Glutes (Killer UnderButt Gains)

How To Turn V Shaped Glutes Into Round Glutes (Plan Inside)

How To Turn V Shaped Glutes Into Round Glutes (Plan Inside)